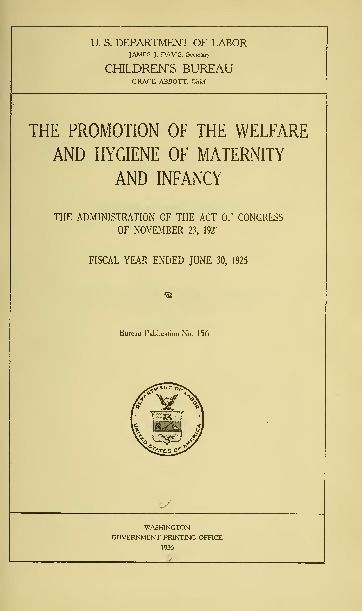 The professionalization of medicine in the U.S. began in earnest in the late 1800s, escalating shortly after the invention of the smallpox vaccine and other biological and medical innovations such as the identification of the causes of leprosy, diphtheria, tuberculosis, malaria, cholera and other common diseases. Prior to this, the public did not actively rely on physicians as an authoritative source of medical knowledge. The rise in biomedical discoveries elevated the status of science and boosted the authority of the physician. In the United States in 1800 only 4 medical schools existed, however by 1877 there were 7 (nearly doubling). [1] The American Medical Association formalized in 1847 and was joined by 15 more specialty groups by 1902. Together, they began formalizing the standards of medical education and publishing papers aimed at circulating (primarily regarding health and hygiene information) to the public.

The sentiment that medicine was a profession that required years of training and experience grew as standards for medical education formalized. Physicians advertised the years of study needed to become a medical professional, and the profession grew to be of one of the most respected and elite occupations for which gaining entry to required significant time, study, and skill. [2] Training for doctors became more standardized and rigorous and hospitals established themselves as places equipped with facilities and trained professionals to ensure a healthy birthing experience. Women began to wonder if homebirth was sufficiently safe. This put midwives at a disadvantage compared to the medical industry. The belief that pregnancy should be treated as a medical condition by doctors impeded the growth of midwifery as a practice. 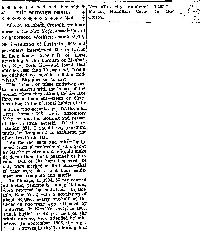 Around the turn of the century, physicians and board of health officials became increasingly concerned about infant and maternal mortality rates. Mortality rates were often pinned on the practices of the midwife who was  framed as dirty and uneducated. The article to the right, published in The Olympia Daily Recorder in 1910 shows that mdiwives were scrutinized for their hygiene and framed as unprofessional. The article states that upon inspection the homes of midwives were "absolutely filthy as were the clothes and person of the midwife herself."

Even the cleanest of midwives was looked down upon for preferring informal observation to formal schooling, or for lacking training even if it was completely unavailable to most, especially those living in rural areas. In addition, since most midwives were immigrants or African-American grannies, distinct racial or ethnic overtones became a considerable part of the dimming view of midwives.

Sheppard-Towner: Concern for Babies and Mothers

In response to the concerns voiced by the medical industry over infant mortality rates and birthing practices, President Warren G. Harding signed into law The Sheppard-Towner Act in November 1921 (seen top left). This act, officially known as the Sheppard-Towner Maternity and Infancy Act provided one million dollars annually in federal aid to state programs that cared for mothers and babies. Most notably, the Sheppard-Towner Act influenced the increase in public health nursing, but it also increased the ability of the states to provide and later require midwifery education and certification.[3]

This act hindered the midwife’s ability to practice by requiring education and certification that was both difficult to acquire and contrary to the philosophy and historical practice of midwives. It also bolstered public health nursing programs, which drew people away from midwives.

The coinciding of this increased interest in women’s health issues with the medical campaign against midwifery led to increased regulation and licensure requirements in the 1920s.

During this time, various state boards of health began to impose strict regulations on the practice of midwifery that often singled out those in lower socio-economic brackets as well as racial minorities. As stated in Fraser’s African American Midwifery in the South: Dialogues of Birth, Race and Memory, “midwifery control and regulation were predicated on the assumption of a social and political hierarchy in which racial difference was the defining factor.”[4]

Immigrant midwives were subject to similar prejudice as mentioned earlier. Fraser notes that “prejudice encountered in America relegated their native dress to “dirty” and their inability to speak English to “ignorance.” Such terminology can be found in newspapers and public opinion of the time, as seen in this article published in The Montgomery Advertiser which details a story in which an older, illiterate, granny midwife attempts to register in accordance with state policy and is ridiculed for her inability to write properly. She says her age is 901 (one might assume that she was 91), and  is ridiculed. The article mentions that she will come under increased scrutiny before a license is issued. While many Black women had a wealth of experience assisting with births, they had not received any formal schooling, as some of them were born on plantations, or were sharecroppers (Ladd-Taylor, 1988).

Regulations imposing such requirements were targeted to deny licenses to women such as this, most of whom were of supposedly lesser race or class, without making explicit racial or class distinctions.

While many documents focus on inherent medical resistance to midwifery, they often contain veiled criticism concerning race, hygiene and a lack of education. For instance, the article on the left, published in the New York Times in 1900 discusses the ignorance and criminal negligence of midwives, pointing to a lack of education as a factor.

As mentioned, while many midwives lacked a formal education they were usually extremely experienced, having apprenticed and then attended multiple births, a large marjority of which were successful. However, these biases (in this particular case, class biases)  move beyond medical hierarchy and industry. Because such attitudes and the regulations that were adopted grew primarily from a bottom-up approach at a state level, significant regional implications can be seen in local publications.

See terminology for information about the role of granny midwives.

[2] Leavitt, Judith Walzer., and Ronald L. Numbers. Sickness and Health in America: Readings in the History of Medicine and Public Health. Madison, WI: U of Wisconsin, 1997. Print.

← Introduction
The Economics of Childbirth →
Regulation and Education